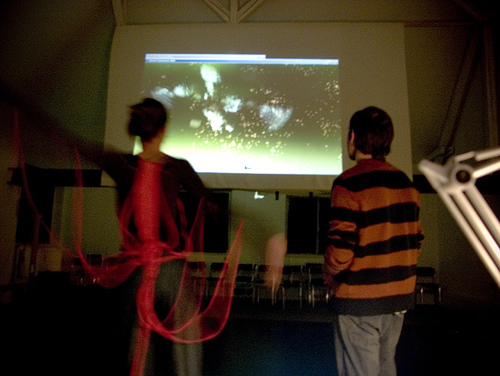 The performance “Ein kleines Puppenspiel” by Friedrich Kirschner is a live animated puppet play that uses the Puppeteer motion-capture suit as, well as gametracks, to puppeteer the two main digital characters in the story as well as controll a virtual camera in the 3D space.

“Ein kleines Puppenspiel” has been performed at the Festspielhaus Hellerau in Dresden in November 2007 as part of the CYNETart07_encounter, and International Trickfilm-Festival in Stuttgart in May 2008. 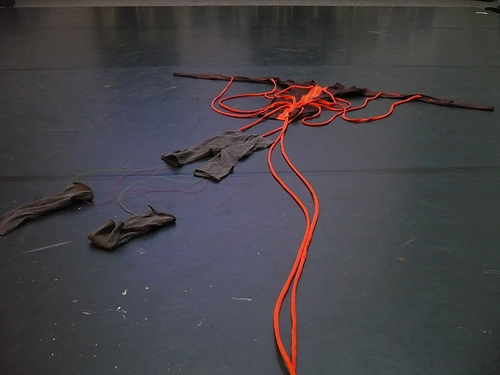 Our role in this performance was the creation of a motion-capture suit that would be worn by a professional dancer to puppeteer a virtual puppet as part of the live animated puppet play mentioned above. Our main motif behind creating this first version of Puppeteer was to implement flexible fabric pressure sensors that we had developed during earlier experimentation. All the materials that were used are off-the-shelf and inexpensive. It only took us 2 weeks to compete the finished suit. 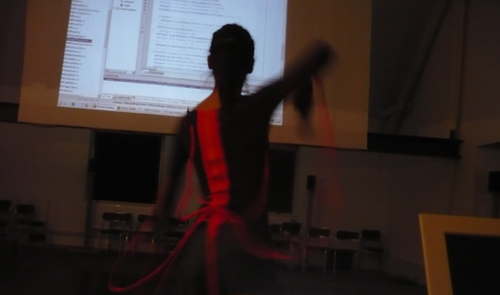