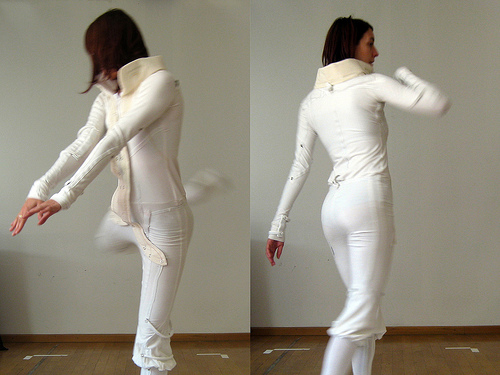 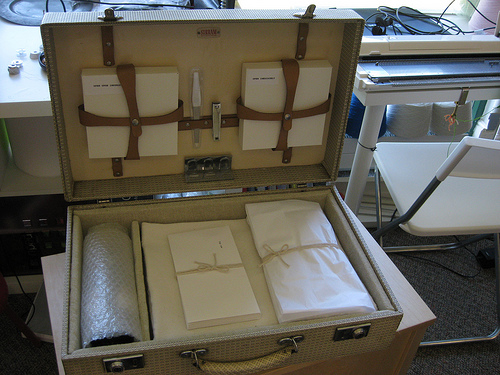 During the performance the performer reaches a point in the game, where she must mirror the audience in order to complete the level. This allows the audience to explore the wearable motion-capture system through the mirroring of movement. Moreover the audience must themselves become involved in order to perform the role of the perfect human. 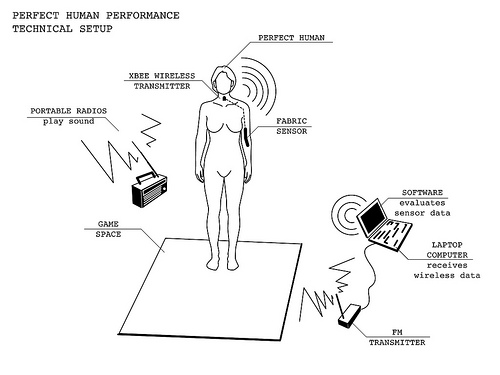 The actual performance takes place in public space. The setup is fully portable by the artists and performer. The performer wears a handmade motion-capture costume that includes fabric bend sensors for tracking the motion of the limbs and wireless communication to send the sensor data from the suit to a nearby laptop. Software on the laptop analyzes the sensor data and triggers words from The Perfect Human text. An FM radio transmitter broadcasts these words to surrounding radios, which are tuned to the frequency of the FM transmitter. The radios play back the sound for everybody to hear.