Currently I am making costumes for the music duo “Jenny’s Playlist”. Their wish was to have costume that lights up as they perform. Yes, it is a blinky LED costume! After a long meeting with them to decide what kind of aesthetic it should be, and how it should be light up, we decided to go for chic polygon like monotone look. Here is a log of how the development is coming alone.
They will perform at Wear It Berlin festival, and this will be the premier for this blinky shirts!

Here is the first test with triangle shapes. It defused light good enough so the LED does not look so pointy or dotty. 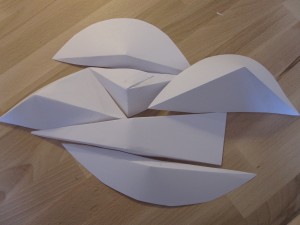 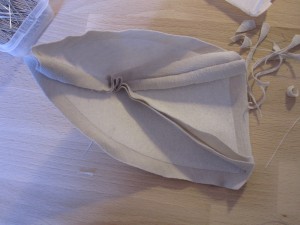 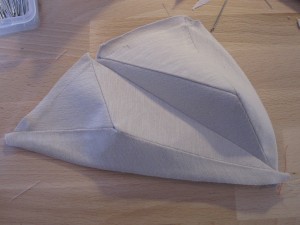 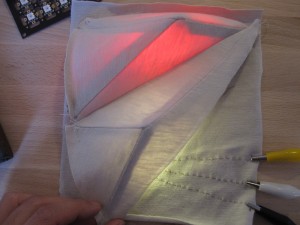 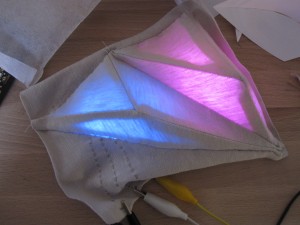 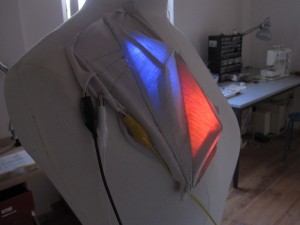 The next tryout I made was to make the entire shirt with polygons. The idea is that the above triangles are distributed to the entire shirt as polygons and it does not look like individual cones. I was very much inspired by a project of The T/shirt Issue. I followed their instruction to construct 3D model of T-shirt in 3D program (blender) and print out each polygon to reconstruct 3D T-shirt made out of polygons with paper or fabric. Well, it is a loooooot of work (I had 107 polygons) to assemble individual polygons back into one T-shirt.

At the end, despite a Looooot of work, it did not look very good. The polygon shape did not hold its shape well, resulting not enough space between LED and the polygons. I used not so thick fusible to keep some transparency for the light to shine through, which was too week to keep the individual polygon shape. Clemens (one of the Jenny’s Playlist) tried it.. and, hmm it does not look good 🙁
Well, this is part of the process. This idea is dismissed for now. 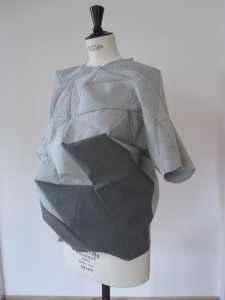 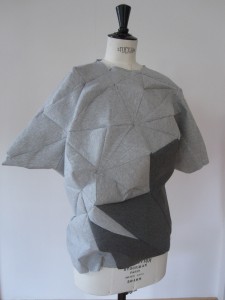 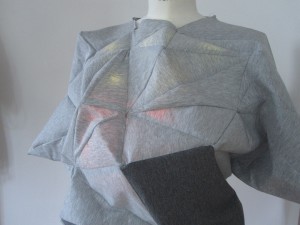 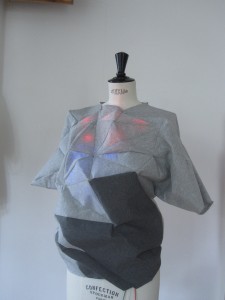 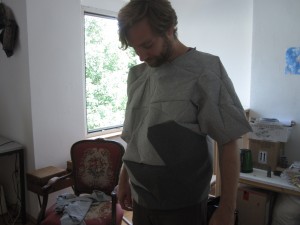 Time to go back to the beginning. More sketching! 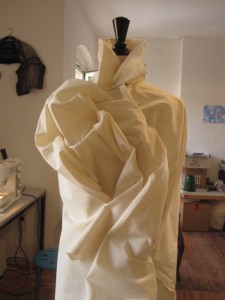 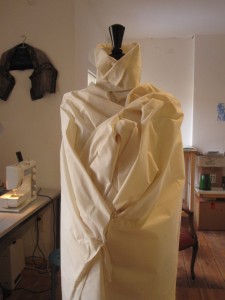 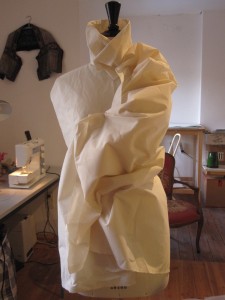 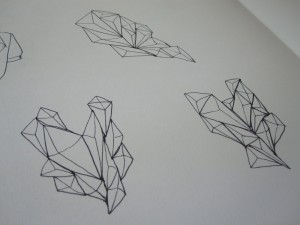 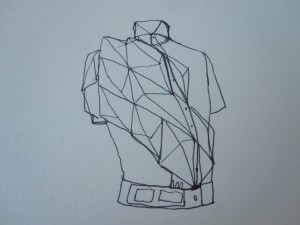 This time, the idea to go for classic shirt look than T-shirt, and work with triangler/polygon geometric shape. 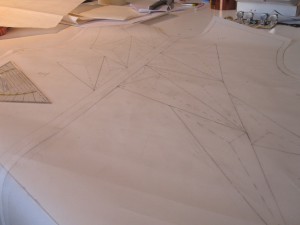 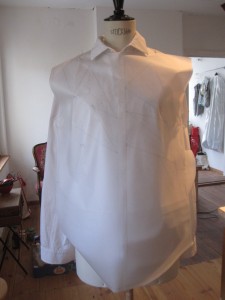 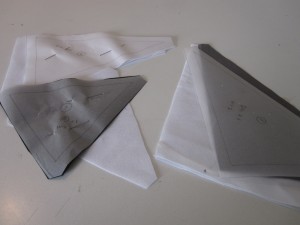 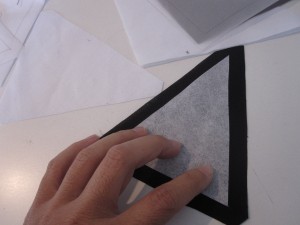 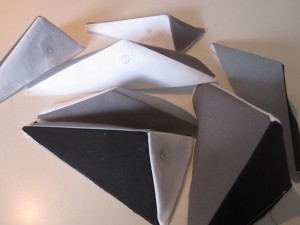 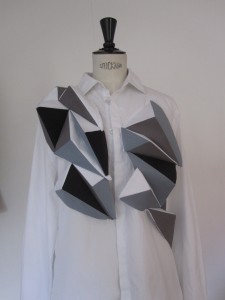 For the light source, I am using Neo Pixels by Adafruit. This is a RGB LED that you can control with 1 data line, and they made it sew-able shape. I am using Gunze & Mitsufuji gold plated conductive thread for this. I have about 20 pixels in one chain. This thread has very little resistance compare to silver plated threads. I still get slight “candle light” effect when I light LEDs with white or yellow, but it is not crucial for this project. As far as I tested, this effect comes from the resistance on power lines as I use conductive thread for + and – connections as well. It reduces a bit when I use 9V wall power instead of 3.7V batteries. 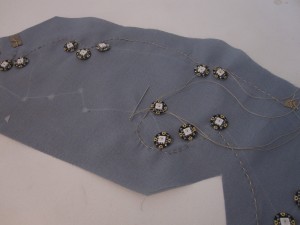 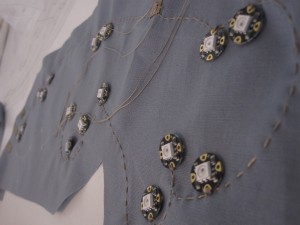 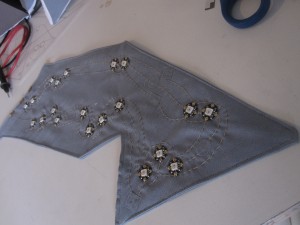 Here is how the shirt looks so far.. well, it needs to be still adjusted and hooked up properly. But I think the final version for the Wear It show will be this one. 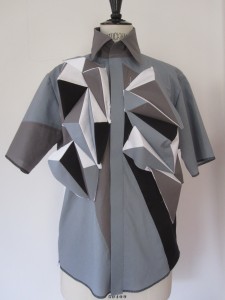 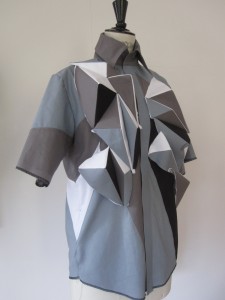 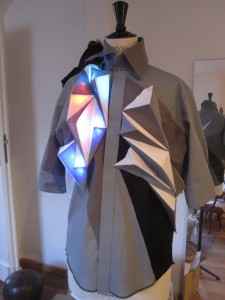 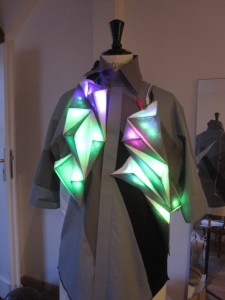 More Pictures from the making..

NOT A TOY (book)
Neo Pixel by Adafruit