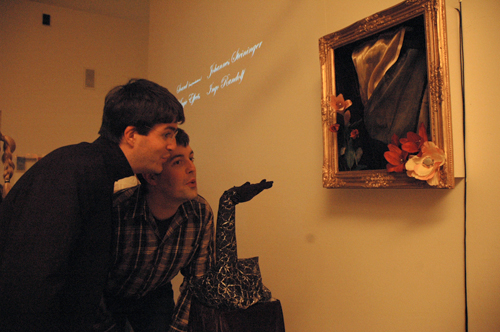 “Magic Cloth” project was created to play with unique property of an E-Textile, Luminex, which is light emitting textile. Its self-portrayal “glowing” quality turns itself into a magical artifact. Presenting Luminex as “Magic Cloth” to emphasize its quality of glamorous glow triggered by charmed blow of an audience. Amount of light emitted by the cloth changes as an audience changes the intensity of the blow. 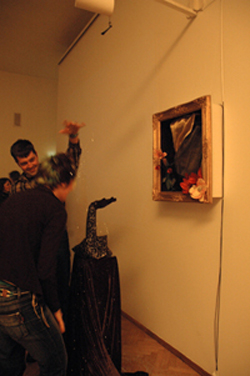 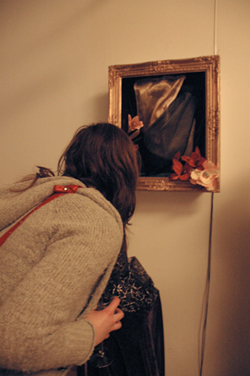 A mythic story around this cloth was created as a short animation, which is presented together as an installation to spice up this fictional artifact. “Magic Cloth” will shine and glow in a dark with a magic spell of a blow. 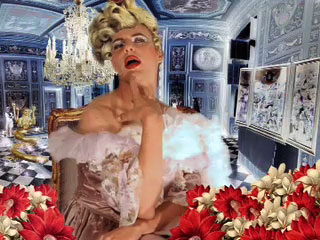 Magic Cloth was shown at Fruhlngs erwachen at Landestheater linz on March, 24 2007