H+ project proposes a new image of the hearing aid, not as a healthcare device, but as a wearable technology that plays a role in our fashion.

Hearing aid is a highly developed wearable technology that has been already in practical use for many years. Despite the technological achievement, social image toward this device has not been very present. In UK, 2 million people uses hearing aids while other 4 million people could benefit from using it but prefers not to. One of the reasons that some people refuse to use it is related to the device appearance.

We approach this issue by seeing the hearing aid as one of the various objects that extends our body, so as high heel shoes or glasses. The design, in this case, is not conceived as a mimic of the body or a medical device but tries to show off its identity as a fashion accessory.

The project creates a sleeve like cover that enables different types of accessories to be attached and let the users choose their own style and identity for their device. The possibility of attaching different models also allows non hearing aid producers to offer designs, which may add even more diversity in its appearance possibilities. H+ exhibits a prototype of these extreme design sleeves to seek for the near future of hearing aids devices. 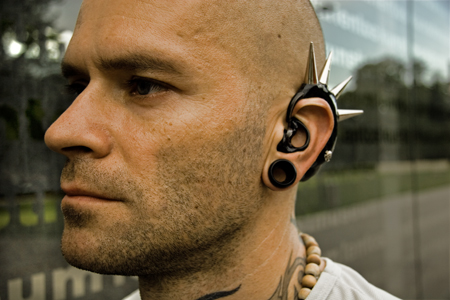 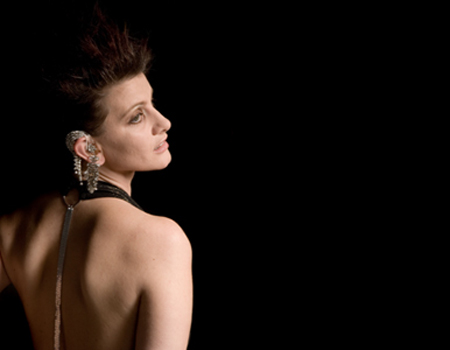